Don't confess Gamers! If you have not tried a Game A Raven Monologue that brings a feeling 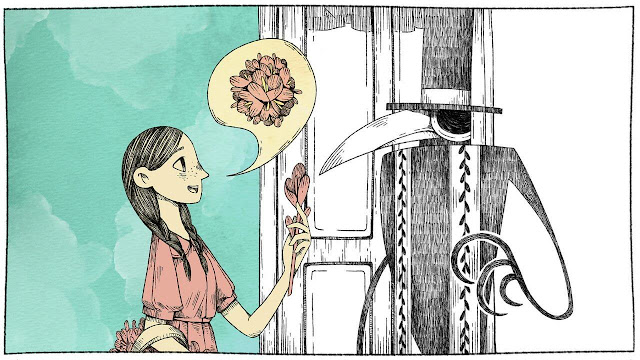 A Raven Monologue was officially released on January 12, 2018, then, with the free To Play genre aka gratis. This game also received a positive reception from the users of steam because it is developed with a unique concept of the visual novel, indie, and relaxing, well relaxing needs to be underlined. We covered more in Yes, the creator of this 2D illustrator or art game is the MBA of Brigitta Rena from Mojiken Studio who are the same acquaintances of Rena MBA in IG, search Aja @crystalnyam. While the soundtrack or Backsound of this game is in the contents by a talented musician ChristabelAnnora titled Selfishness, indie musicians but his top works.

Read: It turns out Oculus VR inspired from the Novel Ready Player One

A Raven Monologue is a blend of 2D art with music that instantly touches the feeling. So no wonder if this game is directly acceptable to the market out there, how's the gameplay? This game is powerful in its Tellingnya story, a game that tells the story through the 2D images that are terms of meaning.

The specifications needed to run the game Raven Monologue is not very high, enough with low-tech PC already smoothly running this game, here are the complete specifications for Windows and Mac OS platforms:

Read: Tricks of getting Legendary cards in Clash Royale

Curious? Raven Monologue, the game that makes the feeling carried away, this can be downloaded free in the steam size game is not too big, only a few hundred MB but quite unique and heart wrenching to play.