Windows 7 DirectX 12? Let's discuss it in a deep and relaxed

By siswaku.com 29 Dec, 2020
Windows 7 DirectX 12? Let's discuss it in a deep and relaxed - If we know DirectX 12 exactly 5 years ago Microsoft officially released this technology at GDC (Game Developer Conference). FYI, so I am a good heart in addition to having a hobby game from the era of Sega or Nintendo like also by the name of technology both from Hardware, Software and API (Application Program Interface) the latest technology.

Incidentally at the launch of DirectX 12 at the time of March 21, 2014, meant 5 years backward I was up to date to follow the pace of development where the direction of technology will run. In addition to the Windows platform, I also like the name Linux and OS derivatives So, for example, we discuss Android x86 or Emulator will be discussed in a simple and usually if there are questions from you will be in a deep answer based on Whatever we experience yes. 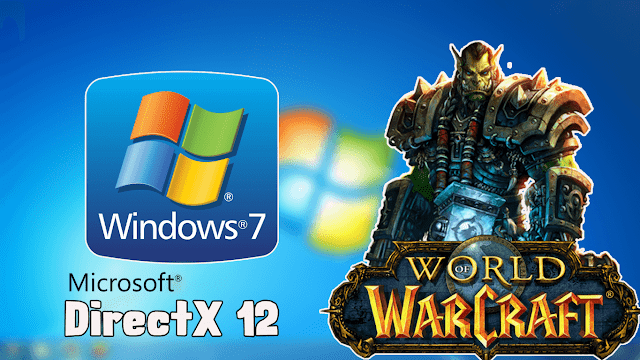 DX is a technology that is in the world of games there its a job to give hardware acceleration to be more optimal. And almost all games need DirectX to start running from DX9, 10, 11, to 12 and this technology is also closely related to the OS, Hardware, drivers then DirectX and at the end of the execution by Games. 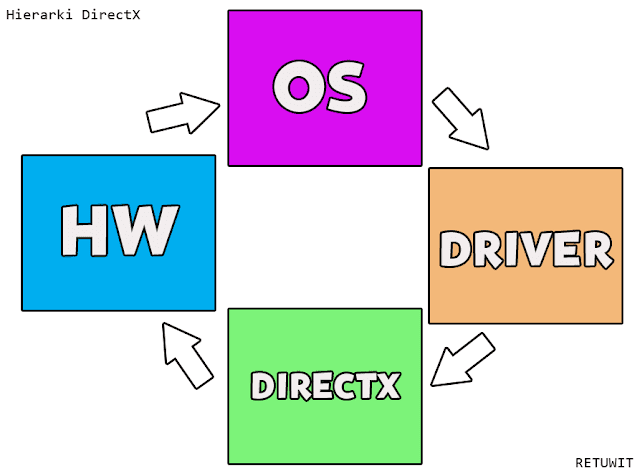 For Windows own DirectX version 12 only on adoption by WINDOWS 10, the following 3 generations of Windows are still Up To date for the DirectX API:

When it comes to your hardware GPU from Nvidia, the GeForce series support for DirectX12 starts from the Geforce 400 series and above, for your complete visit the Nvidia DirectX12 site here, this technology will allow increased Frama rate Much higher than DirectX 11 technology. Incidentally, we had a picture the first time Microsoft launched its DX12. 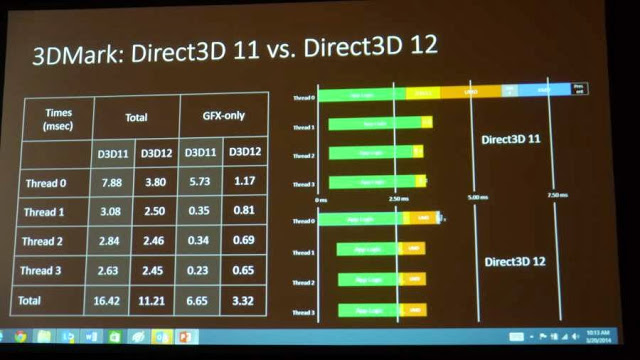 The good news, on March 12, 2019 yesterday the Microsoft Party provided support for Windows 7 OS, the operating system is not difficult and simple but still powerful for in games in this year 2019. BTW, he said there was a rumor that Windows 7 going not in support any more security update until 2020 but? This is even in gift love by embedding DirectX 12 to Windows 7. So I as a low spec PC user and Windows 7 users are also very moved. Finally can try the latest technology from the Microsoft API.

For the moment DirectX 12 new Windows 7 is supported by Blizzard with the game WORLD OF WARCRAFT. Well on the blog Microsoft said that the latest Patch 8.1.5 WOW Battle For Azeroth ready DirectX 12 as well as the first game Developer to release the DX12 Patch for Windows 7. That means there will be an increase in the frame rate back FYI, for the latest Processor Windows 7 is not in support like the generation of Intel Skylake, and Ryzen OS are disarranged and the default is WINDOWS 10.

Will Windows 7 be like Windows XP lasting to the end? I think it is yes because there are still many users who stick to its founding. The same reason because Windows 7 is a simpler operating system, not much notif such as Android is lightweight and able to flex games in the year 2019 without constraints although only in support of DirectX 11.1.