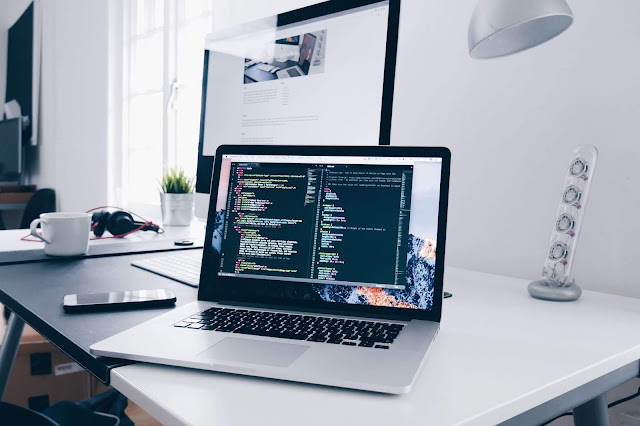 Then in the learning of programming or coding, it's just what the hell should we go through? So most importantly you should be able to coding or can solve the problem (algorithm), why is that? So in doing that coding, we should be able to solve existing problems such as checking, editing, or diagnosing problems on computer programs.

Benefits of learning programming or Coding

Why can practice thoroughness? Because in that coding we need to be thorough in doing activities that are coding because in the coding process we must be thorough to observe the hundreds of lines of code that can be in a program.

So here's imagine you've written a line-up of code and there's only one line that forgot we love closing syntax like Semicolon (;). Well, it can have a bad impact because one word or cover it forgot then the program will not be able to run.

Well for that in coding activity some benefits can train thoroughness.

Why can you train your mind? So in the coding activity, it's not just like learning a new language like Korean, English, and so on. Because in that coding we also have to train our logic to build an algorithm. So the goal in application creation is to simplify the problem to be faster and more effective in completing it, so you are required to have strong logic to solve problems by building a main Strong.

Why can you develop your potential? For example just like this, as a problem solver, programmers are in demand to be able to master many fields so that it is necessary to always learn what he does not know, this is because


Well, that's why learning coding has the benefit of being able to develop self-potential because if we want to be a programmer we also have to learn what we have not known before, because in coding it a lot of science that You have to learn.

Well, that's the benefit of learning computer programming or coding, so in learning it certainly has many benefits, for that we must continue to learn so that we get a lot of benefits.

Hopefully with this article can be useful to you especially those who want to know more about the benefits of learning computer programming or coding.