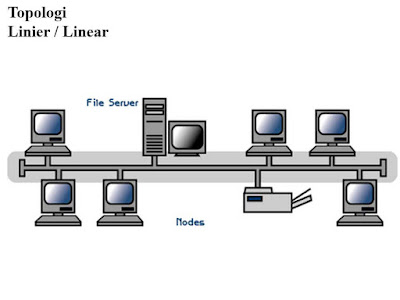 A linear topology or a bus topology is usually a. In this topology usually use one main cable to connect each connection point on each computer or laptop.

For those of you who want to know what the hell characteristics, advantages, and disadvantages in a linear topology, more can see the following reviews.

Hopefully with this article can be useful to you, especially those who want to know more about the linear network topology.