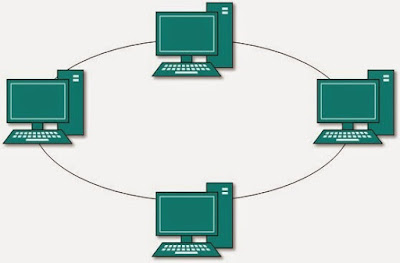 Well, this time already on know what is a topology, now I will give a review of Ring topology characteristics, advantages and disadvantages of Star topology. Read more here.

Ring topology or ring is one of network topology that connects one PC with another PC is a circular circuit, similar to a ring.

Usually, this topology only uses LAN Card to connect PC one with other PC.

Hopefully with this article can be useful to you, especially those who want to know more about Ring network topology.