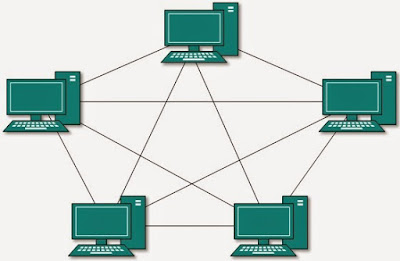 
Mesh topology is a form of topology that is very suitable in the selection of many routes. It serves as a backup path when another path encounters a problem.

For those of you who want to know what are the characteristics, types, advantages, and disadvantages in the mesh topology, more can see the following reviews.

1. Fully Connected Mesh topology
This topology has the main feature in which every computer in the network is connected in full, for example, if there are 5 computers in the network then one computer will connect to the other 4 computers.

2. Mesh Partial Connected topology
In this topology has a feature that is every computer in the network, not all computers have to connect with other computers Sehngga There are several computers are connected and there are also some computers that are not interconnected.

Hopefully with this article can be useful to you, especially those who want to know more about Mesh network topology.