By siswaku.com 05 Jan, 2020
Definition, function, type, and Server operating system - Okay, this time I will give you complete information about what is a server, server function, server type and any operating system that is being nailed by the server. We must often hear the term servers in the computer world in particular who are fond of networking things. 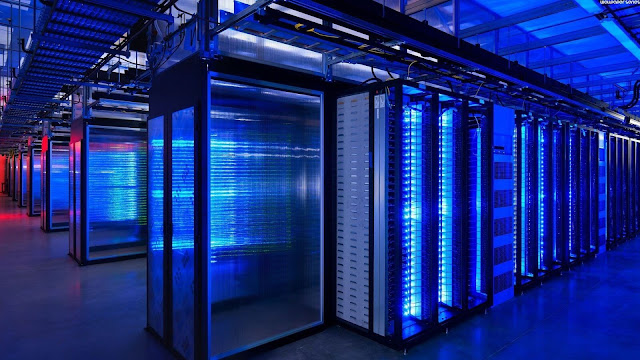 In a certain network, there is a server name, because this server is tasked to provide services, restrict and also control access to clients from an existing computer network.

Okay, right away I will tell you about the Definition of servers, server functions, and server types, more see the following.

Definition of the Server

What is a server? The server is a computer system that is assigned to provide services, restrict and also control access on every client that is connected to the existing computer network.

A server computer must have a high specification because the server has many resources and should work optimally especially from the aspect of the software or hardware used.

In general, a server has several important functions, including the following:

In addition to the server computer, There is also a special operating system called "Network Operating System", would like to know what are the types of servers on the network? Check out the following.

The way it works simply is that the Web server will respond to an existing request by submitting the content again in the form of images, writings or other forms. Then it will be displayed in the browser.

What is an FTP Server? FTP Server is a SERVER that runs software to provide services Exchange files that the server will always be ready to provide FTP service when there is a request from the FTP Client.

What is the Fax Server? Fax Server is a solution that uses the Server as a place of reception or fax delivery.

And because the server is connected to all networks, so that all the connected clients in the network can use the fax enough from their computer.

How does fax server work?

Fax server will be in the application Install Serer fax that serves as a management application. And each connected computer will also be in the Install application client version.

On the computer, Fax Server will also be installed a modem that is linked to the telephone network (direct line).

Thus the fax will take refuge as we print. For example, if you make a quote with MS application. Word, once completed you just have to press the Print button, and by automatic fax, the server will send the offer to the Nomoner that will be written.

What is a Mail Server? Mail Server is a program software that dissolves files or information in response to requests sent via email.

The mail server has a function that is to serve clients especially in terms of sending mail. Surau-letters are then stored on the mail server.

In addition to having a function to provide services to send mail, this mail server also provides other complementary services such as web interfaces where this service can facilitate the client to organize or write a letter owned by the client.

What is File Server? The sever File can be interpreted as a computer that serves to accommodate some data owned by the client in question.

Usually, the capacity of this server is also dependent on the Hardisk available on the server.

What is the Game Server? The game server is a server used to connect players (clients) with other players.

This server game in addition to a separate server can also be built from the client computer playing the game.

What is a DNS Server? DNS Server is a Distributed Database System that is used to search computer names on a network that uses TCP/IP.

This DNS Server has the function to translate the hostname or domain name information into an IP address.

What is a Proxy Server? Proxy Server is a server that can serve as another computer to make requests for content from an Internet or intranet.

What is an Application Server? The application server is a server that is used to store a wide range of applications that can be accessed by the client.

The data server itself is used to hold data used by the client directly and the data processed by the application server.

What is the Steaming media sever? Streaming media server is a Web server or application installed in a server that can be used to run video or audio files in real-time or by streaming on the internet.

Microsoft company that has a lot of products that are indeed formulated for the operating system of the server, one example of its products are as follows:

Mac Os is a flagship product of Apple. INC, Apple itself also has a lot of server operating system products. Some examples of Apple products for the server as follows:

Well, that's an explanation of Server understanding, Server functions, server type, and Server operating systems, hopefully, this article can be useful to you especially those who want to know more about a Server.