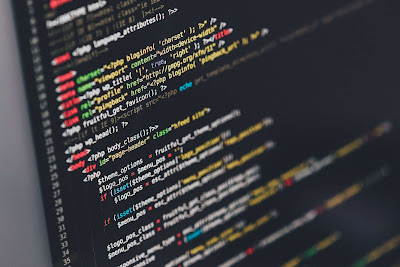 The programming language function is to instruct the computer to process the data according to the thought flow we want.

The output of the programming language is a program or application. Examples such as programs used by the cashier in the malls or supermarkets, the use of traffic lights on highways, etc.

In general, the programming language is divided into 4 groups:

According to its generation, the programming language is classified into 4 generations:

What is Java? Java is a programming language that can be run across multiple platforms, from computers to mobile devices.

The programming language was originally developed on The Green Project in the year 1991 by the Sun Microsystem, which was removed from hand to Oracle.

The Java name itself is thought of as one of the founders of Java, James Gosling, he loved the pure coffee directly ground from the grinding machine or coffee tubruk term where the coffee is derived from the island of Java in Indonesia for that programming language is given the name JAVA.

Also, the programming language has a complete library that will greatly facilitate the programmer in managing and organizing a program.

Moreover, the era is increasingly sophisticated in which the Android smartphone is already widely used, and the application in this smartphone is built using Java language, so many programmers who use this language because it is being used a lot.

Also, many reputable websites use PHP such as Facebook, Wordpress, or Digg.

PHP was first developed by Rasmus Lerdorf in 1995. At this time PHP is still named Form Interpreted (FI), which forms a set of scripts used to process form data from the Web.

Visual Basic is a programming language developed by a multinational company that is Microsoft.

Both of these programming languages have almost identical writing syntax, so both of these languages also have a difference in problem-solving.

In C the problem solving is done with divide into a sub-sub problem which is smaller or commonly called a procedural programming language, whereas for C++ object-oriented where Permalasahan is divided into class.

C++ is also a popular programming language because many major software companies use this language to develop software such as Firefox, Adobe, and Winamp which is now the developer has been discontinued.

Javascript is a programming language developed by Netscape. The use of JavaScript, for now, is mostly on the development of the web.

Using this one language we can create an interactive and engaging web.

In Indonesia, for now, many major companies use this one programming language is JavaScript.

C# is a programming language developed by Microsoft. It combines the principles of C and C++.

ActionScript is a programming language created based on ECMAScript that can be used in website development and software using the Adobe Flash Player platform.

This programming language is also used in some data-driven applications, such as Alpha Five. The language was originally developed by Macromedia, but it is now owned and continued by the development of Adobe, which gave Macromedia in 2005 ago.

For in Indonesia the programming language is becoming popular because of the many Flash-based developers who of course use ActionScript for Coding purposes.

Well, many people ask why the benefits of coding it? Even coding it just so simply and instead make a headache, no this time Laptopsiipat will give information NIH ie "Benefits of Coding for ourselves" more see the following yes.

Why can practice thoroughness? Because in that coding we need to be thorough in doing activities that are coding because in the coding process we must be thorough to observe the hundreds of lines of code that can be in a program.

So Gini imagines you have written a line-up of code and there is one line that forgot we love closing syntax like Semicolon (;). Well, it can have a bad impact because one word or cover it forgot then the program will not be able to run.

Well for that in coding activity some benefits can train thoroughness.

Why can you train your mind? So in the coding activity, it's not just like learning a new language like Korean, English, and so on. Because in that coding we also have to train our logic to build an algorithm. So the goal in application creation is to simplify the problem to be faster and more effective in completing it, so you are required to have strong logic to solve problems by building a main Strong.

Why can you develop your potential? For example just like this, as a problem solver, programmers are in demand to be able to master many fields so that it is necessary to always learn what he does not know, this is because

Well, that's why coding has benefits that can develop the potential of self because if we want to be a programmer we also have to learn what we do not know before, because in coding it a lot of science that you have to learn.

Hopefully with this article can be useful to all of you, especially those who want to know more about coding and to learn to code.