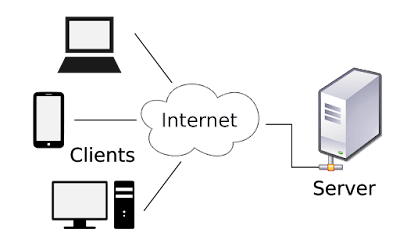 A computer network is a network system consisting of two more computers that connect that form a computer network through the media transmission or communication media, so that it can various information, data, applications, and various internet.

The purpose of the computer network is to have the information or data under the transmitter can be received properly to the receiver.

Okay, do not have many bases stale, direct this time I will discuss what type of computer network according to the role and relationship of each computer in processing Data, more see the following yes.

Related: Definition, characteristics, advantages, and disadvantages of the Tree topology

This network requires only 2 computers and 1 cable to be connected in the network.

Well, he explained about the various computer networks based on the role and relationship of each computer in processing Data.