Definition of hubs, functions, types and how the Hub works

By siswaku.com 05 Jan, 2020
Definition of hubs, functions, types and how the Hub works - Okay, this time Laptopsiipat will provide material related to IT again NIH in the field of Networking or networking, so for those of you who aspire to be a Networking, you must know more in the dong what the Networking is, continue What Aja Sih tools in that networking. 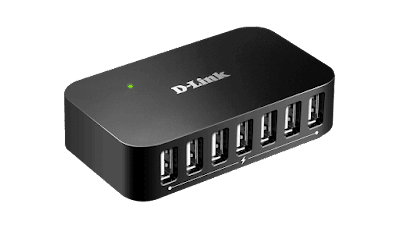 So there are a lot of tools in the network that you should know such as Router, NIC, Repeater, Switch, Modem and so on.

Well, this time Laptopsiipat will discuss network Tools namely HUB, for Definition of Hub, functions, types and how to work the Hub more let's see the following.

What is the Hub? Hub or known as network hub is a hardware that is displaced to connect a computer one with another computer in a network system.

For that Hub greatly affects the connection process between computers so if the Hub is damaged then all computer networks will be disconnected and interrupted.

Computers connected through this hub can exchange information with each other. But not only for computers, but all computer-related devices can also be connected with this one network tool that is a hub.

Generally, this hub has many Ethernet ports. All devices connected in this port will later be connected to the LAN network, which can eventually communicate between devices to improve the efficiency of the performance of each network device.

The Hub has a working system that is almost similar to switches. Only if the transferred data Switch will be forwarded to the port which is the main destination. For Hub, the received data will be sent to all devices connected to that port.

Thus if there is a hub with 8 ports and there are 5 ports active, then the incoming data will be forwarded to the active Port 5.

This so certainly guarantees that the information can be sent properly. But in terms of efficiency, it is certainly less good because it can consume a lot of network bandwidth. Therefore, in general, many people prefer to switch than the hub.

What is passive Hub? The passive hub is a hub that serves as a separator or network divider but does not perform signal reinforcement so that this hub does not require a lot of additional power.

What is an active Hub? The active hub is a hub that is displaced as a physical lane liaison and a signal amplifier in the network, but an active Hub needs additional power to be able to work.

How the Hub works

The Hub does not detect data delivery destinations. So Hub will send data to all connected devices on the hub, unlike any switches that will transmit data to its destination only.

It makes sending data through the hub less efficient because the hub sends data to all ports simultaneously.

This will make increasing network bandwidth usage. Therefore usually if we use a hub, then the connection on the computer becomes slow.

In the case of connecting 2 computers, we simply need to use UTP cable only. Then both computers will already be able to connect.

But in the case of more computers, e.g. 10 computers, then we need this hub to send data from one computer and directly forwarded it to 9 other computers.

When the hub receives data packets from the 1 computer, the information will be sent to 9 other computers. Although it may be that the data on that hub will be forwarded to all devices connected to that hub.

The data can only be processed on one of the devices to which the data packet is intended.

Thus, when the hub will transmit data on all connected devices, the network bandwidth will be overloaded. As a consequence data access speeds on the network will slow down.

Advantages and disadvantages of hubs

That is to allow users to share the same path, have multiple ports (4 to 25 ports and one for all servers or other hubs).

That is by sharing the same path, therefore the speed of communication is also divided by other hubs so it will be slow.

The device hub has multiple ports that can accept network cables such as UTP or cable
Coaxial. The hub has a lot of variation in size, for small size has 4 ports, whereas for a large hub can probably have a port as much as 8, 12, 16, even up to 24 ports.

Well, that's an explanation of the Definition of the Hub, function, type and how it works Hub, hopefully with the existence of this article can be useful to you guys especially those who want to know more about a HUB.