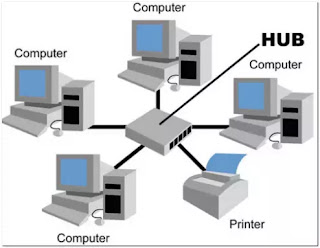 Topology defines the structure of the network of how all the components are interconnected to each other. There are two types of topology: physical and logical topology.

Physical topology is the geometric representation of all the nodes in a network.

CSMA:It is a media access control used to control the data flow so that data integrity is maintained, i.e., the packets do not get lost. There are two alternative ways of handling the problems that occur when two nodes send the messages simultaneously.
CSMA CD:CSMA CD ( Collision detection) is an access method used to detect the collision. Once the collision is detected, the sender will stop transmitting the data. Therefore, it works on " recovery after the collision".
CSMA CA: CSMA CA (Collision Avoidance)is an access method used to avoid the collision by checking whether the transmission media is busy or not. If busy, then the sender waits until the media becomes idle. This technique effectively reduces the possibility of the collision. It does not work on "recovery after the collision".

Where n is the number of nodes that represents the network.

No comments for "Computer Network Topologies"