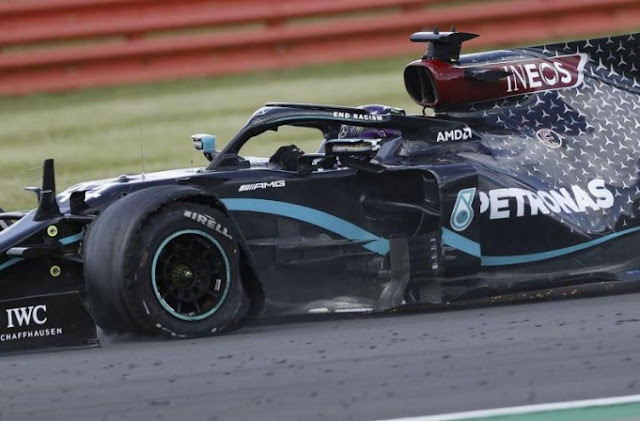 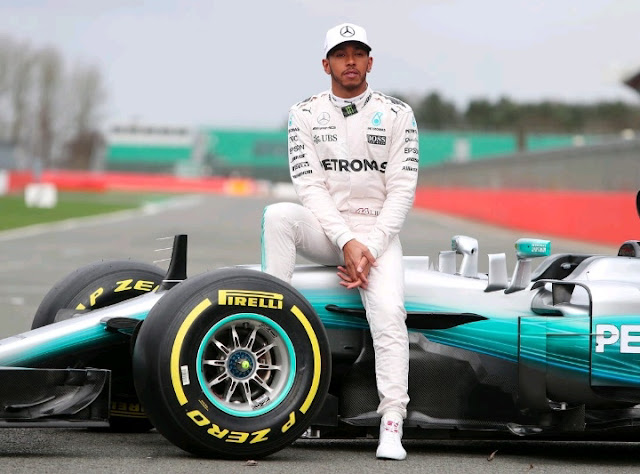 Championship leader won 25 points to Valtteri Bottas, who had an identical car problem

Lewis Hamilton won the British Formula One Grand Prix on Sunday, whose final was marked by moments of extreme emotion and uncertainty.

The Mercedes world champion had a puncture on the last lap and ended up winning the race, but, with much suffering, he had to 'drag' the car on three wheels until he cut the finish before Max Verstappen approached.

The Red Bull driver took second place in the Silverstone Race and Charles Leclerc's Ferrari finished third on the podium.

Valtteri Bottas was the big bad luck of the day, as the Finn also suffered a puncture with three laps to go and ended up staying out of the scoring places as Hamilton moved 25 points clear of leading the World Championship.

This whole outcome came after Kimi Raikkonen lost part of the front wing, four laps from the end. Debris on the track left by the Alfa Romeo and tire wear (the hard ones, with more than 30 laps made) were the two factors assumed at the end of the race - alone or together - as being the cause of these punctures - still without technical analysis to confirm the assumptions.

The first forecasts of the afternoon, however, were with the announced dominance of the two Mercedes for this British GP. These were immediately confirmed at the start - where Nico Hulkebnerg was not, as his Racing Point ended up in the box.

Hamilton held pole position at the start with Bottas on the tail, but he never let himself be confronted by his teammate, always keeping a distance of more than 1 second.

With the two Mercedes in their world apart, Verstappen also started a solo race in third position. And so it can also be said of Charles Leclerc's Ferrari in fourth place. The 'fights' in the front ended up being, in the background, for the second half of the top 10.

Stroll was the de facto loser at the start by dropping several positions and the overtaking duels that were reserved for the Canadian's Racing Point, the McLarens and Renault.

The two Safety Car entries at 14 laps - through the track exits of Kevin Magnussen (Haas) and Daniil Kvyat (AlphaTauri) - never changed this announced order or the balance of forces in that second half of the top 10. The second SC served, however, to make the first of the only tire change bet for the race - with the placement of hard tires.

The Mercedes fled to their 'world'; Verstappen had the podium waiting; the Ferrari gave proof of survival; McLaren, Renault and Racing Point gave the greatest color to the test. The maintenance of this scenario during most of the Race seemed to be trying to gain monotony label ...

Until everything happened so suddenly in such a short time, when Bottas started to complain about the tires ... The loss of time in relation to Hamilton preceded the puncture in the front left, shortly after passing the goal - that is, the Finn did almost a full lap with a puncture until he was able to enter the pit.

Bottas dropped from second to 12th place and barely managed to recover after what was left to run. Carlos Sainz Jr.'s problems followed on the last lap and McLaren also lost a car in the scoring positions. But the drama hadn't ended yet. It was Hamilton's turn to punch ...

The left tire on the front of the world champion's Mercedes was deflating and starting to shred ... Could it be possible to reach the end? He gave. And to win? Too. With the car on three wheels and dragging the hole, Hamilton did not have as many meters to make it to the finish line as Bottas had to make it to the pit and managed to reach first.

Verstappen had changed tires on the previous lap to get the fastest lap he managed, and he watched the 'lame' Mercedes cut the finish a couple of hundred meters ahead of him. Hamilton broke another record: seven victories in his country's grand prix. And he established yet another: the first to win a race with a flat tire.

With the points of the triumph and with Bottas out of them, Hamilton reinforced the championship leadership to 34 points. And Mercedes also gained an advantage over Red Bull.

The Formula 1 World Championship continues at Silverstone next week with the F1 70th Anniversary GP, the fifth race of the season.

No comments for "British GP: Hamilton resists puncture on final lap and wins 'on three wheels'"